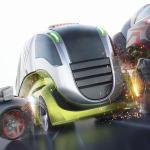 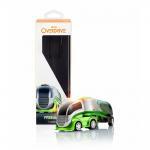 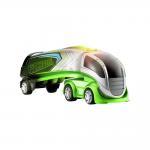 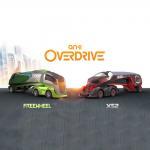 What makes Anki OVERDRIVE the world’s most intelligent battle racing system? Tech so advanced, it feels like the future.

Each Supercar and Supertruck is a self-aware robot, driven by powerful artificial intelligence (A.I.) and equipped with deadly strategy. Whatever track you build, they’ll learn it. Wherever you drive, they’ll hunt you down. The better you play, the better they become. Whether you battle A.I. opponents or friends, your tactical options are unlimited. And with continuous software updates, the gameplay always stays fresh. Customize weapons. Swap out cars and trucks. Build new tracks. It’s easy to pick up, and nearly impossible to put down.

The future of play has arrived.

Magic Made By Science

These aren’t just trucks. They’re robots programmed for battle. Control them with your smart device and take down opponents with an array of weapons, from plasma cannons to flamethrowers. It’s pulse-pounding play, made possible through state-of-the-art tech and it’s an experience unlike anything else.

Supertrucks are nearly three times the size of Supercars and use their heft, weapons and new control system to dominate the track. But Supertrucks are more than just oversized vehicles, they come with access to a new game mode and Commanders.

Each Supertruck is loaded with cutting-edge features, including an optical sensor, a dedicated 50MHz CPU, and two high-performance motors, for precision maneuvering with 1-millimeter accuracy.

Don’t let Freewheel’s smooth exterior fool you; he’s packing a world of hurt. Get too close a

AED 71
With the rails kit, you add walls that keep the battle on the track! Drive the fight into the corners, then slingshot into the straightaways!

AED 139
Take your Starter Kit from 8 possible track configurations to more than 18 with the Speed Kit!

AED 71
Take things to another level with the Elevation Kit. Build hills, bridges, overpasses to get a new perspective on the battlefield.

AED 139
Add more twists and turns to test your precision racing skills. Take tight corners at top speed, but watch out — slow down and you’ll become a target! Or blast your opponent before they disappear around the bend!

AED 180
Cause carnage by adding in a T-Junction to race courses. See who has the skills to get through challenging intersections unscathed!