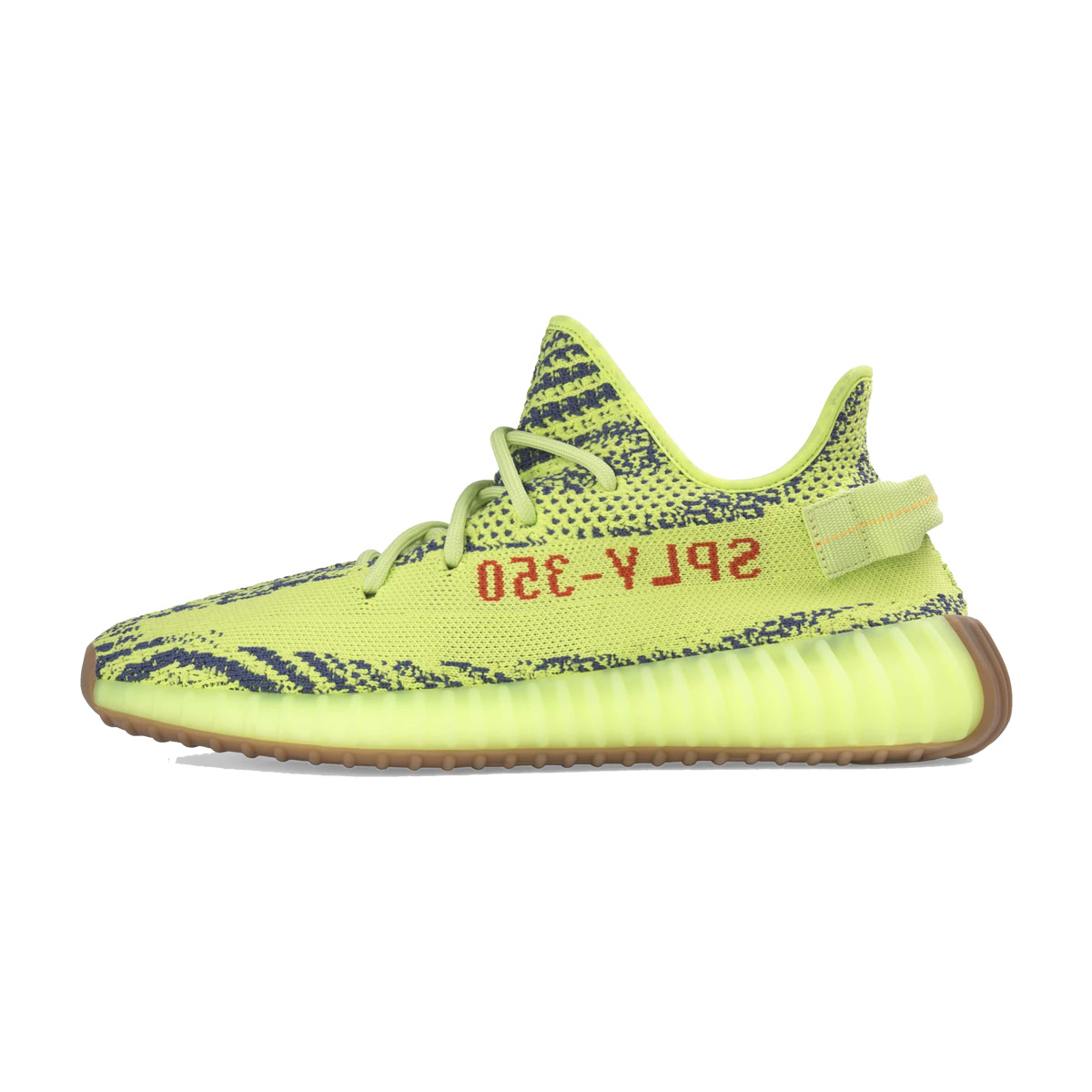 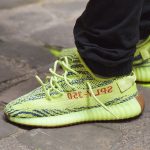 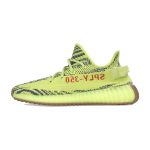 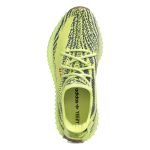 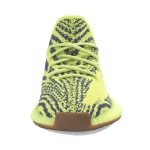 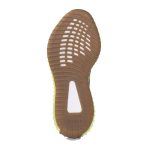 The Semi Frozen Yellow adidas Yeezy Boost 350 V2 was rumored as early as May of 2017-some blogs even claimed they would be mostly glow-in-the-dark-but it was when photos of Kanye West wearing them first surfaced on the web later in the year that confirmed the release. This colorway steps outside of the comfort zone of previous 350 Yeezy sneaker releases, which have remained subtle and mostly neutral primary colors and bright accents. The official colorway of the ‘Frozen Yellow Yeezys’ is actually Semi Frozen Yellow, Raw Steel and Red and features both of adidas pinnacle technologies, Boost cushioning and Primeknit sock-like upper. The hype for the yellow colored Yeezys was pushed to the roof before launch as Kanye West appeared with Kid Cudi and Takashi Murakami as ‘Ye and Cudi toured the iconic artist’s studio on a trip to Tokyo. In addition, the rumors throughout the sneaker world suggested the Frozen Yellow Yeezy would be an extremely hard to get release. As expected, the Semi Frozen Yellow was announced officially on November 13th, 2017 and released in limited quantities on November 18th, 2017. Sizes of the adidas Yeezy Boost 350 V2 Semi Frozen Yellow are available now.